Enjoy the day while reducing your electricity bill 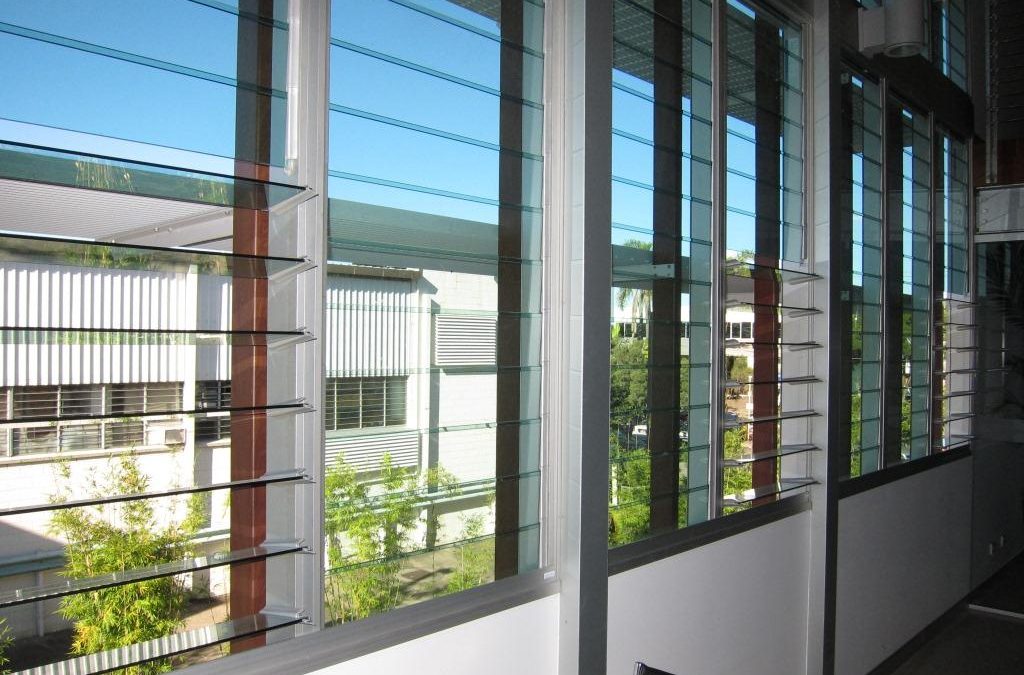 It’s a beautiful winter’s day in Brisbane (Australia) today: blue skies, 23C with a breeze blowing from the west. Unlike most other office workers around the city today, I can actually feel the breeze. It’s not because I’m working outside though, it’s because the air conditioning is off and the office windows are open. No, I don’t work in a small home office, the Breezway head office here in the suburb of Coorparoo, Queensland has a floor area of 900m2 spread over 3 floors.

Unlike most other offices though, ours has windows that open (Altair Powerlouver Windows to maximize the ventilation possible through each window) and uses a ‘mixed mode’ cooling system. We have a weather station on the roof of the building which feeds into a building management system. This decides how many of the windows should be open and whether or not the air conditioning should be running at any given moment. The building management system electronically opens and closes the Altair Powerlouver Windows and turns the air conditioning systems on and off.

So far, through spring, fall and winter the windows have been open and the air conditioners turned off for around 40% of the time that the building was occupied. It’s clear to see that with no air conditioners running through a significant portion of each work day, we’ve saved a small fortune on our electricity bill, all while enjoying the breeze as we work.

Winter in Brisbane can be glorious… I think I’ll take the family to the beach tomorrow!

If you’re interested in seeing and learning more about the Breezway Head Office, a short (9:28) video “Natural Ventilation in Offices – A Case Study by Breezway” is available on the Video Showcase page of our website.